As the discussion of a more inclusive society gains momentum nationwide, members of Misericordia’s Pride Alliance organization are taking steps to join the movement with pronouns.

Pride Alliance, the faculty and staff group that serves as an ally of the LGBTQ+ community at Misericordia, started an initiative toward greater inclusion on campus by adding preferred pronouns to email signatures.

Linh Nguyen, manager of multicultural and inclusion initiatives and a member of Pride Alliance, said she and other members discussed doing this at a fall meeting. She fully supported it as someone who has been doing it since prior to coming to Misericordia. 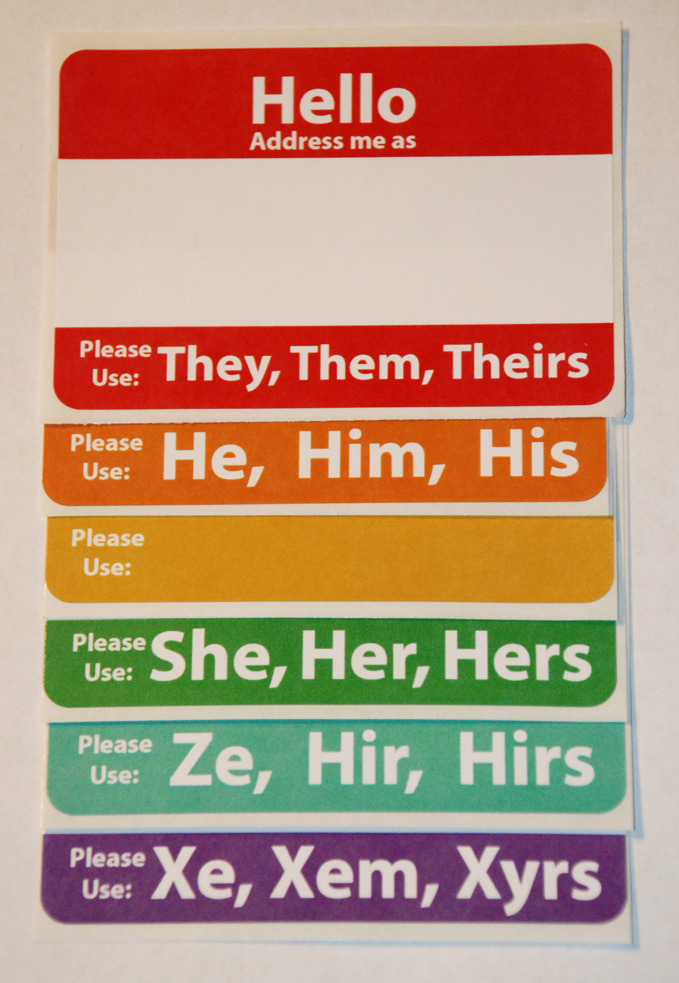 was a great idea to educate more people and to encourage more people to put them in their email signatures. It’s a really easy way to be more inclusive,” she said.

Nguyen believes one of the benefits of including preferred pronouns in email signatures is education.

“I think that, as we build toward a more inclusive institution, putting your pronouns in your email signature, if you include the link like I do in mine, it educates people on why pronoun usage is really important and to make sure people aren’t misgendered and to also respect people’s pronouns,” Nguyen said.

In addition, it also gets across the bigger message of respecting other people, she said.

Junior government, law and national security major Falon Nonnemacher first noticed this initiative after emailing Dr. Allan Austin, professor of history. She was immediately on board after that.

“I just remember wondering why this wasn’t a more common thing,” she said. “I thought it was a really good idea, and it made me feel even better about being Austin’s student. It made me realize that he’s an open-minded individual, and if I ever needed a safe space, he is an instructor I could go to for support.”

Nonnemacher believes including pronouns will have a positive impact on students who may have different gender identities.

“I imagine not everyone feels their gender identity is accepted by the community,” she said. “I’m sure if a student who was struggling with those feelings saw an email signature with pronouns, it would help them feel more accepted and understood at MU.”

Nguyen hopes these actions will show that it is simple to join in the conversation about how to be more inclusive.

“I think, when it comes to inclusion, it doesn’t have to be so difficult,” she said. “I think that’s why people sometimes hesitate to engage in the conversation because they think it is so complex and it is so difficult to do. Some people think it’s impossible to be 100% inclusive, but that is also not what we’re asking. We’re just asking that community members take steps to being more inclusive.”

Despite knowing the positive impact including pronouns in email signatures can have, she recognizes some of the opposition that may come from it, as well. However, she hopes people will learn from the bigger message behind the action.

“It’s interesting when people make comments about how being more inclusive is somehow an inconvenience because, on the opposite side of that, people who are marginalized in our society, they’ve been inconvenienced their whole lives,” she said. “It doesn’t take a lot of effort to say your pronouns, to put a button on your backpack, to put something in your email signature, to learn other people’s pronouns. At the baseline of it, it’s respect and, to be honest, respect is not that hard.”

Nonnemacher brought up a similar point, mentioning those with different gender identities may finally be able to feel comfortable expressing themselves if this movement spreads.

“Being misgendered can be so frustrating and students are already under so much stress,” she said. “But because we communicate so much through email with professors and colleagues, having pronouns in your signature could help be sure the people a student is around every day are aware of their gender identity and preferred pronouns.”

In the future, Nguyen said, she would like to focus on getting attendance to inclusion events increased before focusing on other programs.

“I think what sometimes we struggle with inclusion and social justice on our campus is getting people to care and getting people to get involved in it,” she explained. “I think that’s something we’re really struggling with, people not really grasping and understanding how important it is to talk about it and finding value in these conversations. So, until that happens, I think it’s hard to create more initiatives because we’re just trying to get people to care about the current initiatives that we have going.”

As she continues to work with faculty, students and staff on that issue, though, she stresses the message of continuing to form a more inclusive environment can send to members of the campus community.

“We want to be able to give you the autonomy and independence to claim your own pronouns and what you would like to be identified because sometimes that doesn’t match up to what’s in the system,” Nguyen said. “We don’t even have pronouns in the system, so just being able to take that narrative as your own, I think that’s pretty powerful.”